A Very Special Harvest and Thanksgiving

When I decided to go to Fukushima only 20 some days after the disaster in 2011, I knew the impact of the Fukushima triple disaster was going to be larger than we knew at first. It has been going beyond Fukushima, beyond Japan. The nuclear disaster teaches us how closely connected our world is and how every life depends upon another. To every household that enjoys the easy access of electricity, whether it is from nuclear power or not, and to each one of us who depends on what the earth produces for us to consume as food and survive.

I knew my task was to bring the voice of Fukushima to the outside world, especially from those who are called by Jesus and for his Kingdom in Fukushima. Going to Fukushima many times for the past three  years deepened my understanding about Japan and God's love for Japan.

This summer I encountered a special community of Japanese immigrant church in Vancouver. Soon after the triple disaster in Fukushima they began a new life out of their cries for suffering people and creation in Fukushima. They began to seek wisdom on how to live not simply as Japanese descendants, but as children of God, though far away from Fukushima. This outcry for healing of the land and healing of sinful human ways and repentance of overconsumption and neglecting God's good creation led to a totally unexpected new life which brought them closer to creation, right where they are here in Vancouver and Langley, Canada. They started a ministry called New Eden, a volunteer gardening ministry, to live a life of wholistic discipleship especially to care for the creation. 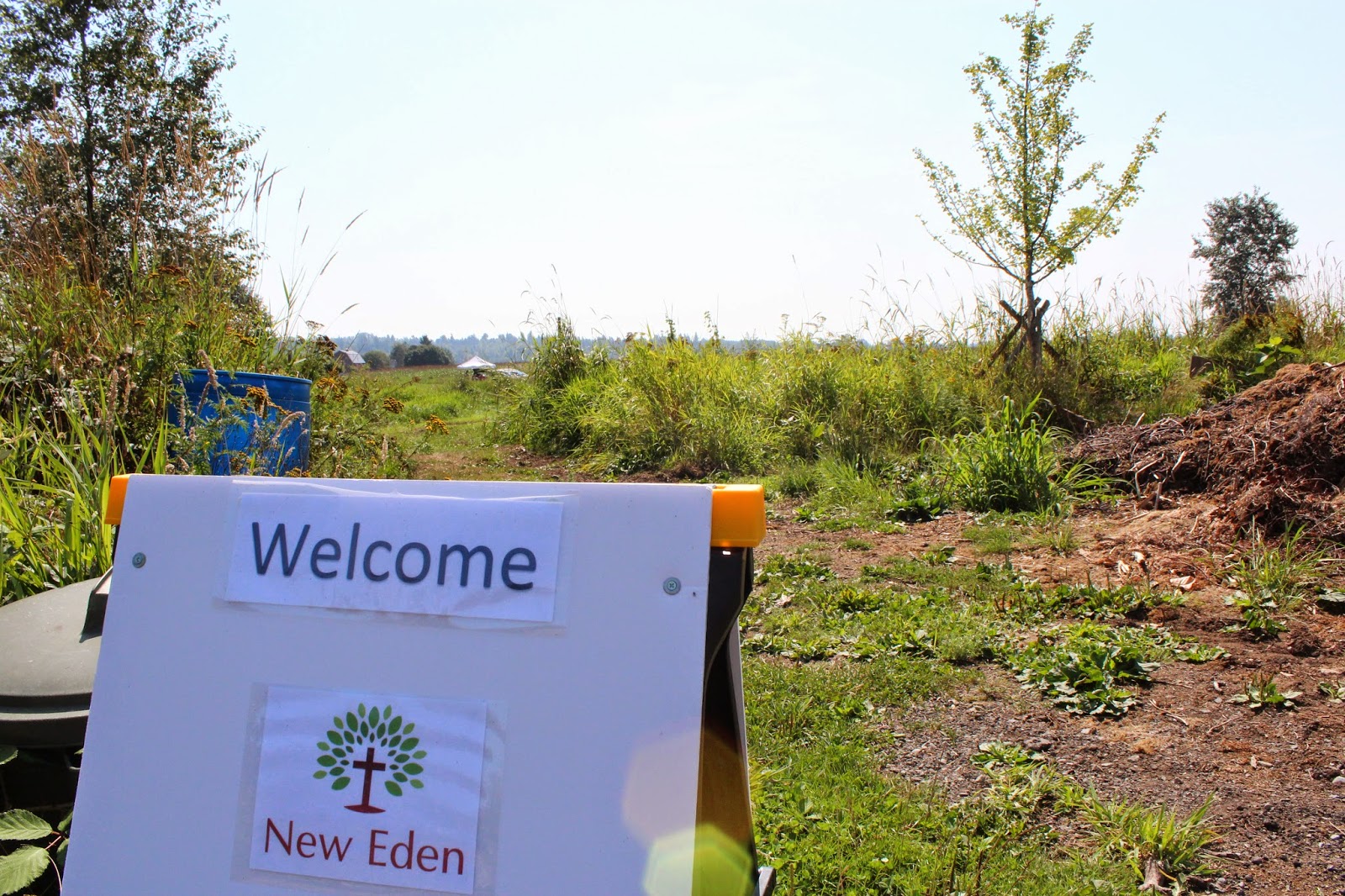 Permission to use a 20 acre farm was given to the church by an non-Christian Japanese businessman last year and the New Eden ministry is in its second year now. Their vision comes from Isaiah 43:19-21.

Every two weeks volunteers from all corners of the lower mainland British Colombia (Vancouver, Langley, Surrey, Delta and Richmond, North Vancouver, New Westminster) gather at the farm and plant, weed, and enjoy one another's company in creation. 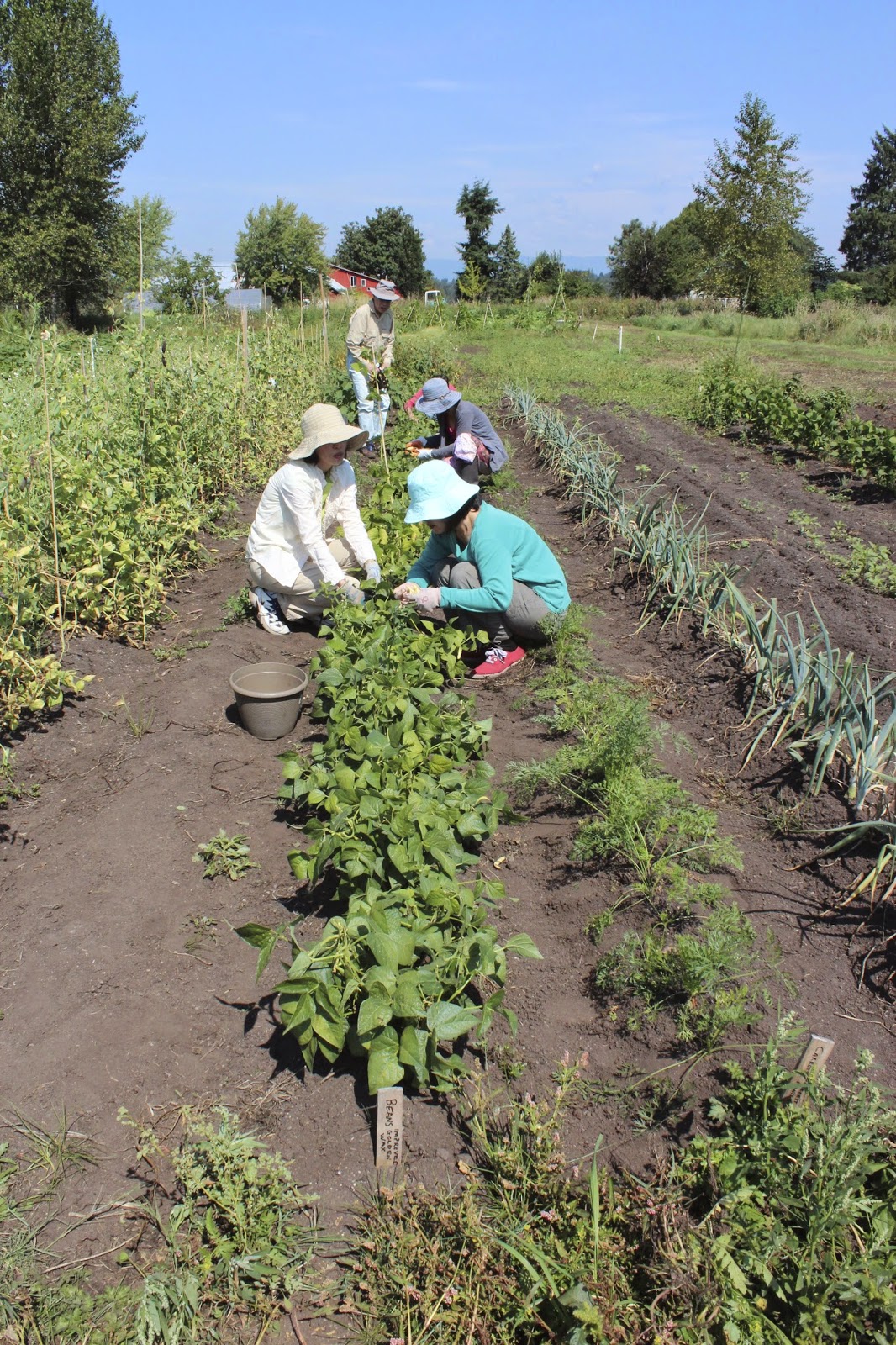 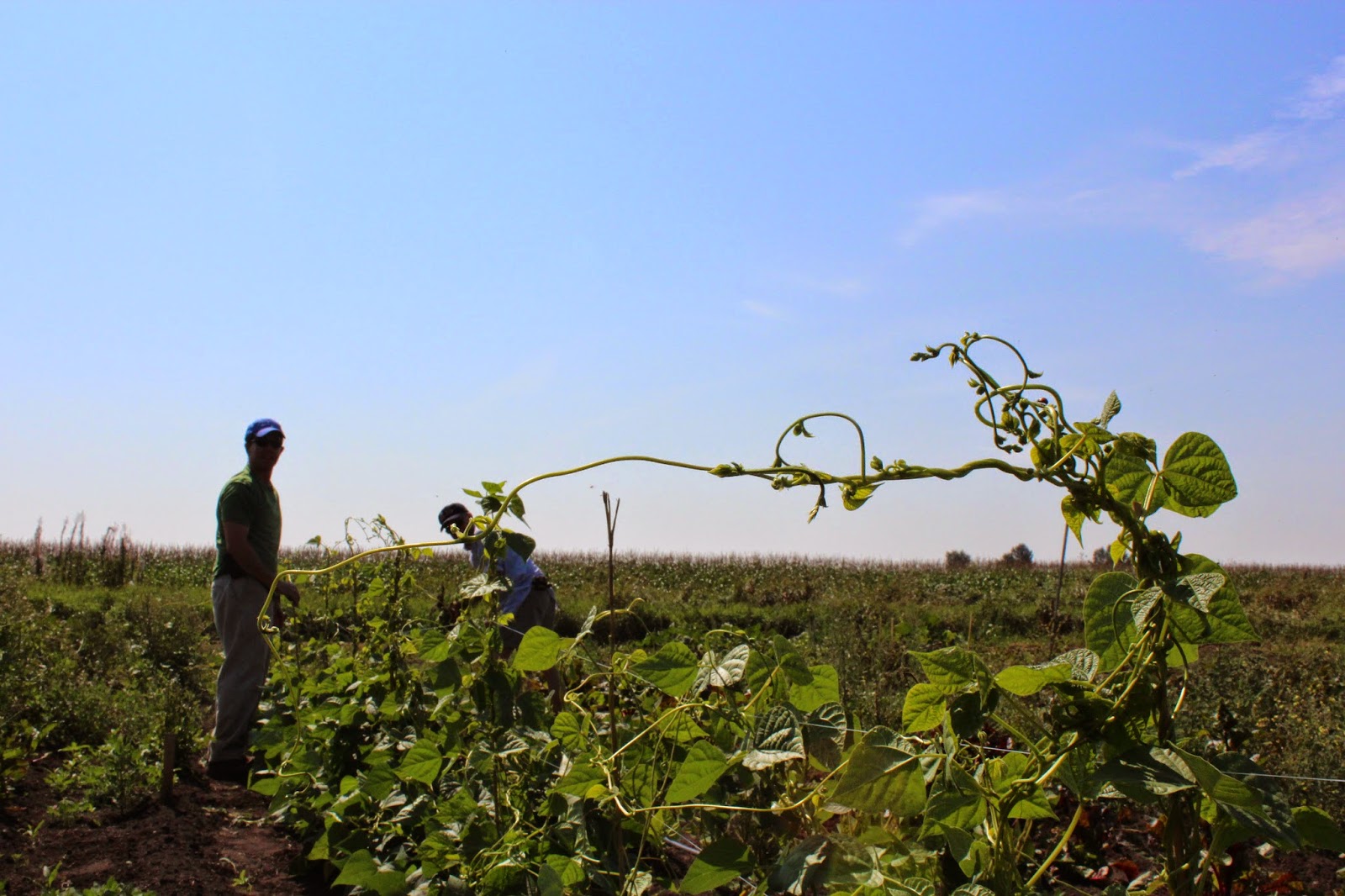 As my husband and I started to join the volunteers in the late summer we were blessed to yield the harvest of the labour and love poured out by other volunteers. Children play a big part of the whole program from gardening, collecting the harvested vegetable, serving lunch, and supervising and playing with other small children. 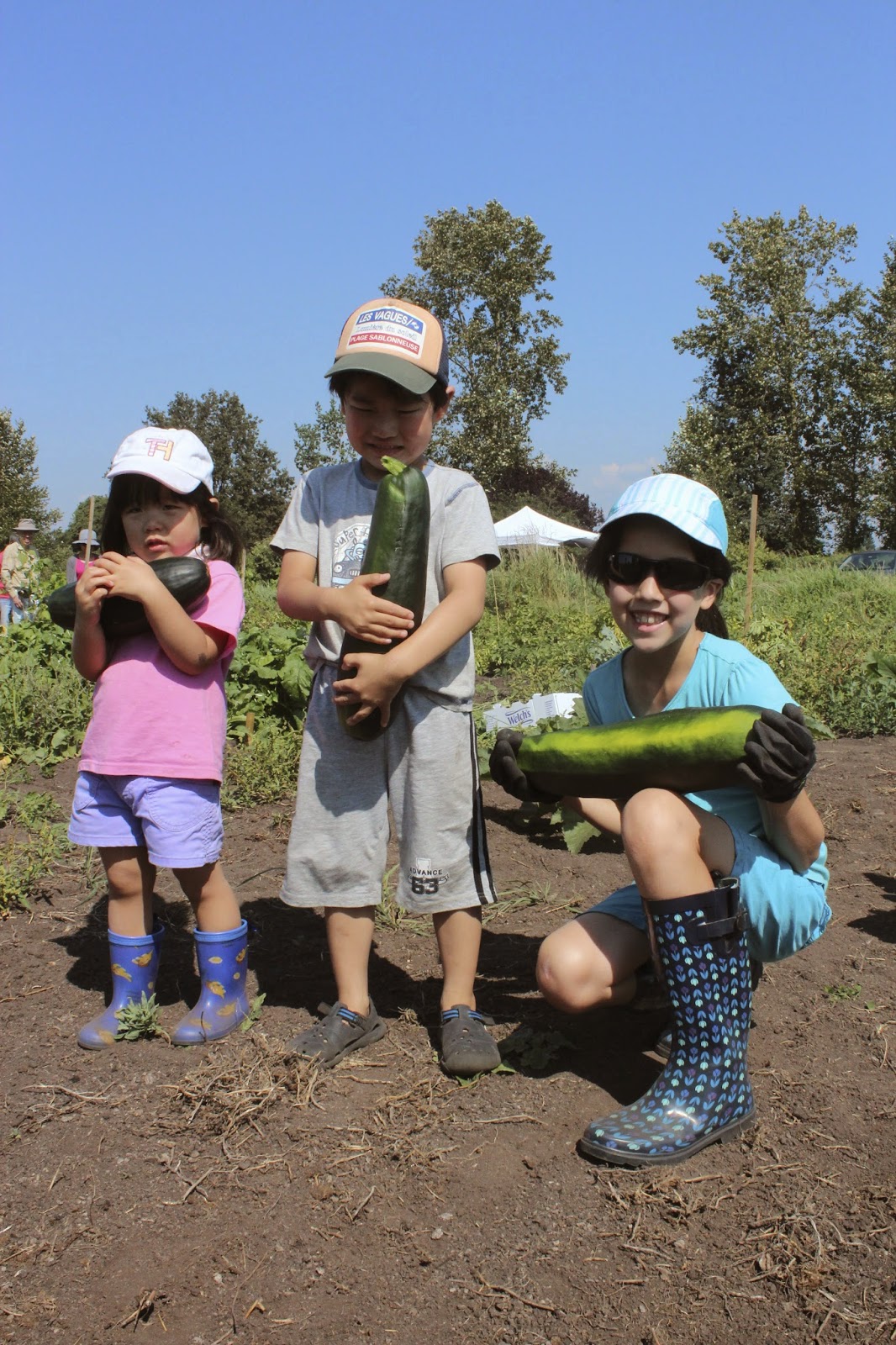 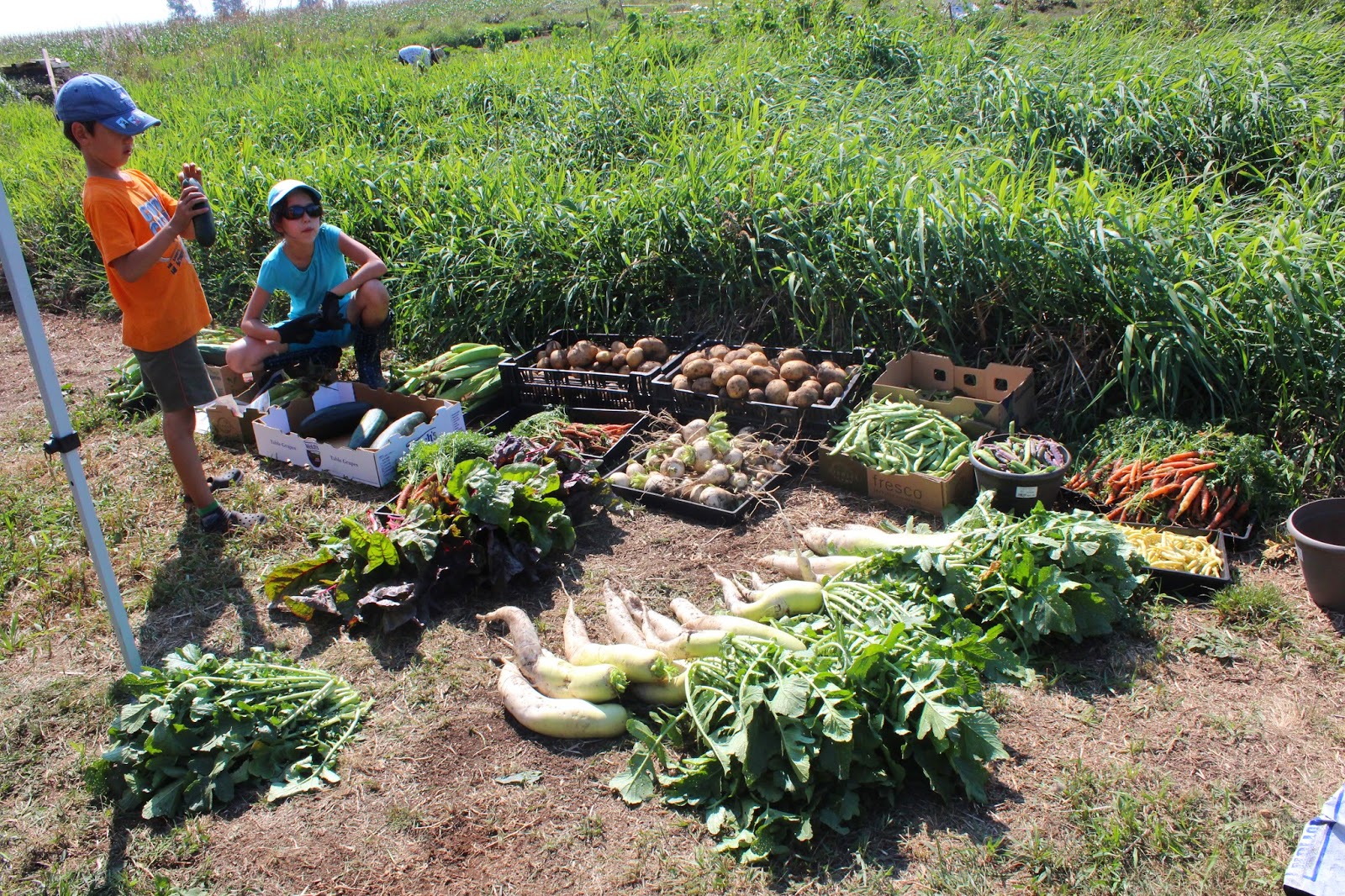 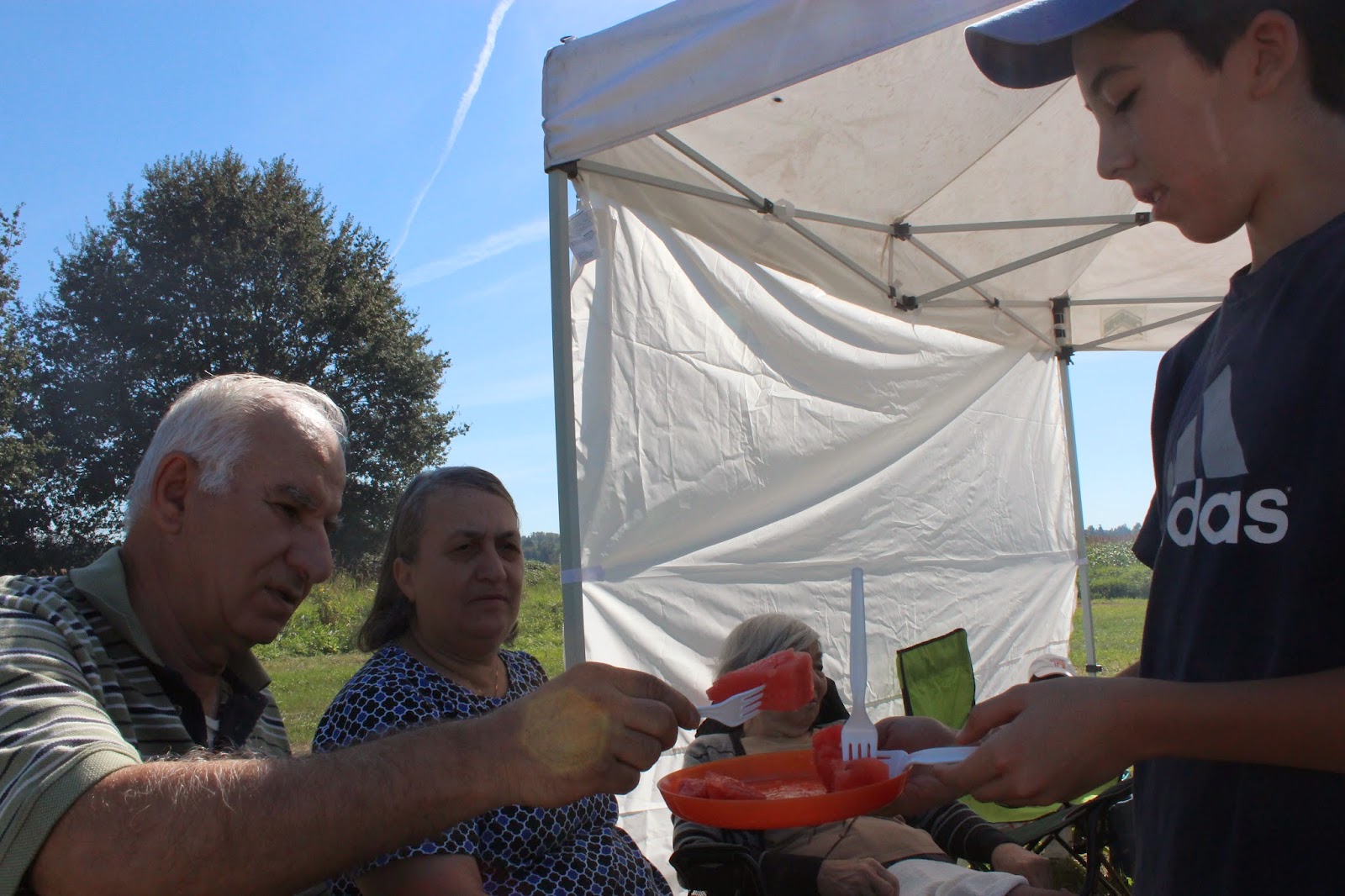 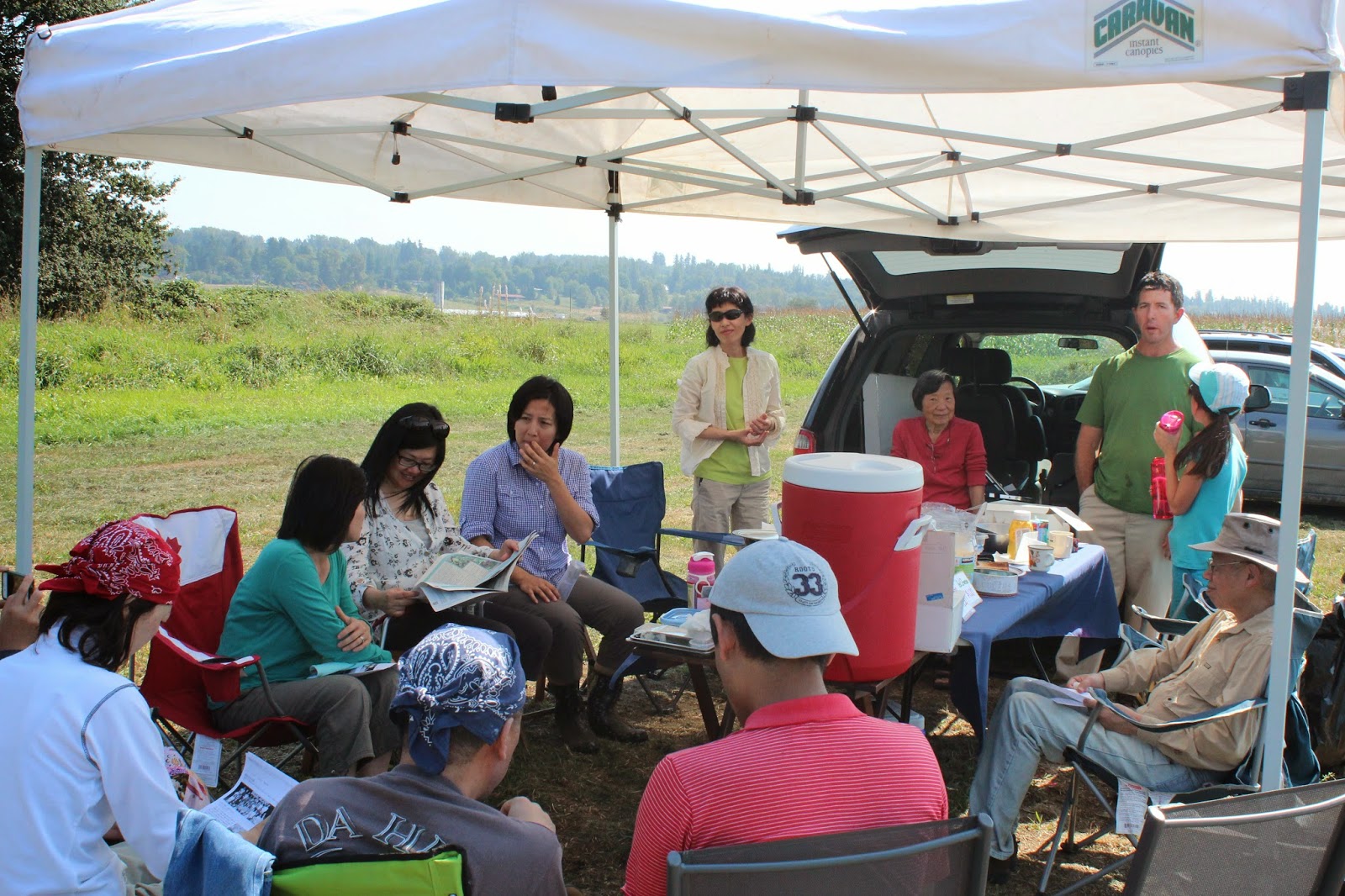 As we sat together for lunch and a time of prayer and reflection on the word of God, I was so overwhelmed by the reality of heaven on earth right in front of my eyes. Twenty some volunteers were gathered in New Eden from many different countries: Canada, USA, Korea, Hong Kong, Japan, Malaysia, Singapore, Lebanon, Jordan, Syria, Thailand. All of us came to Vancouver as strangers some time in the past and only the children were born in Vancouver!

I was privileged to share the stories from Fukushima with the volunteers over lunch break and discovered one of the volunteers among us was a tsunami survivor from Thailand back in 2004. Orathai  worked as a medical doctor in Thailand and was working in the south at the time of disaster. We shared tears and smiles together as we shared the stories from the 2004 tsunami in Southeast Asia.


On Saturday, October 4, the day of Feast of St. Francis of Assisi, we joined the special harvest and thanksgiving fellowship with the New Eden Garden Ministry in Richmond. We gathered to celebrate the abundant harvest from the garden and to celebrate the baptism of one Japanese brother. 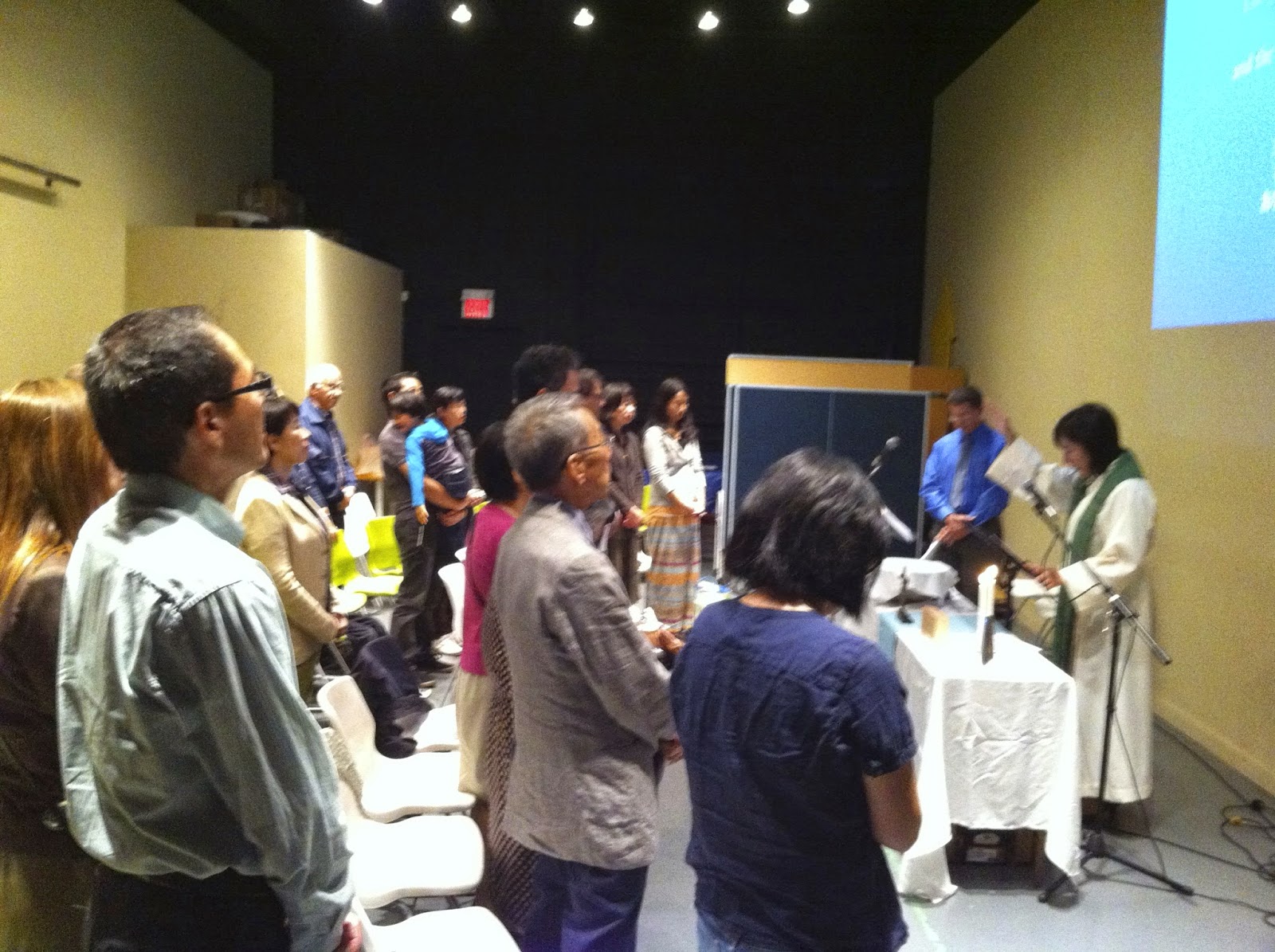 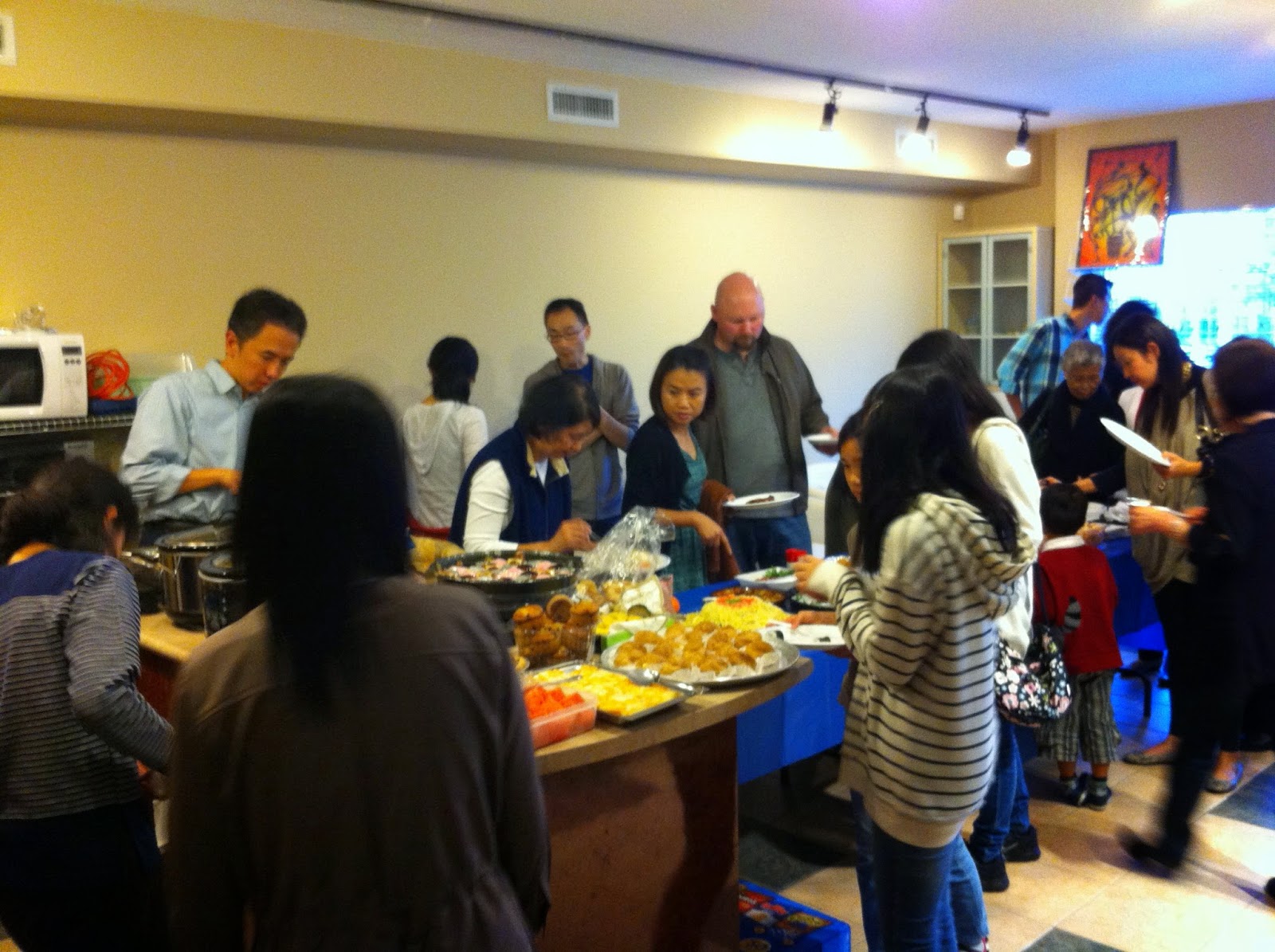 A potluck multicultural feast followed. People from all nations joined with their food. 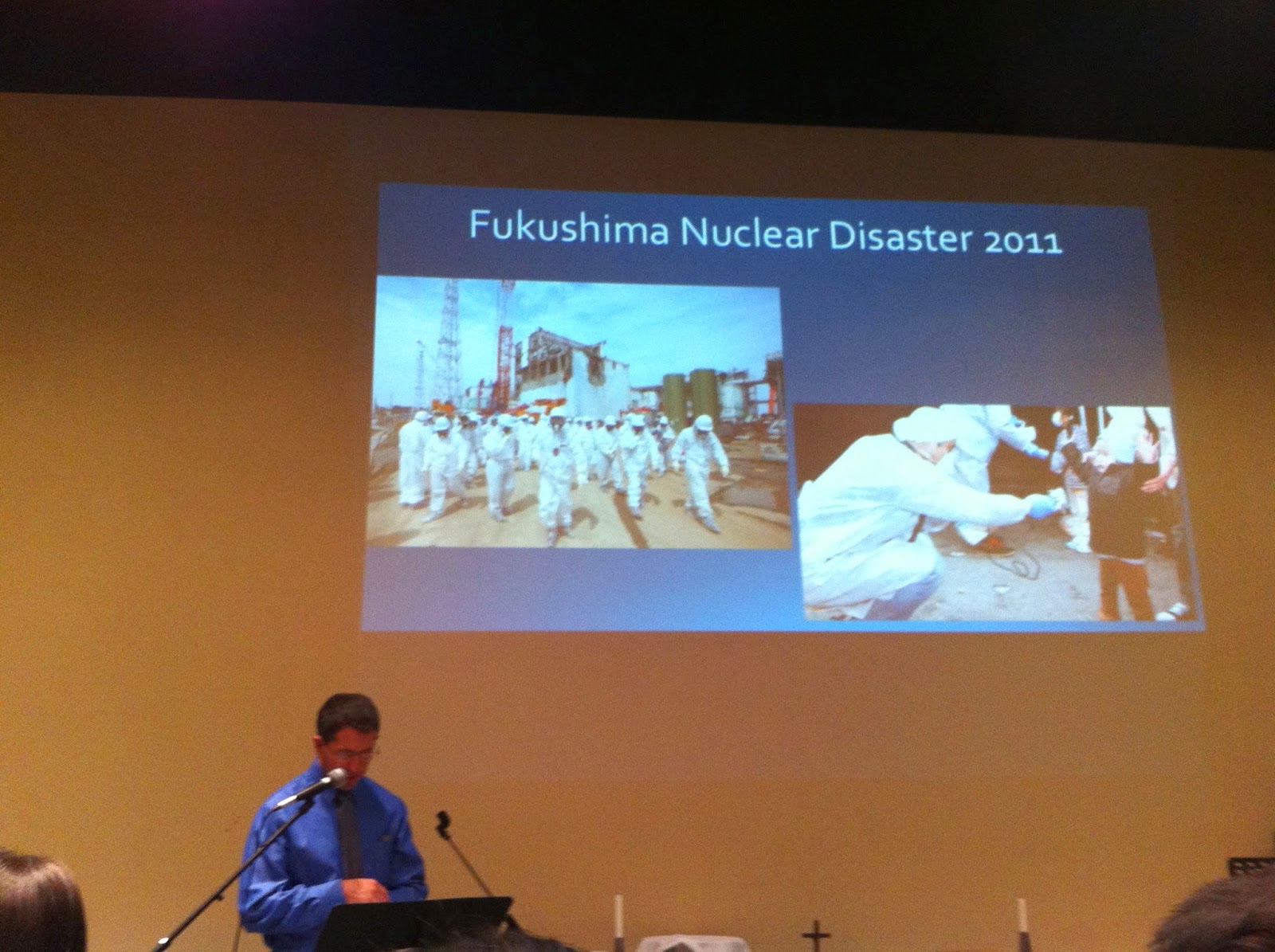 Ken Warren, a lay leader and the coordinator of the New Eden Garden Ministry gave a report on this year's garden ministry and how it was initiated after the triple disaster in Fukushima, Japan. 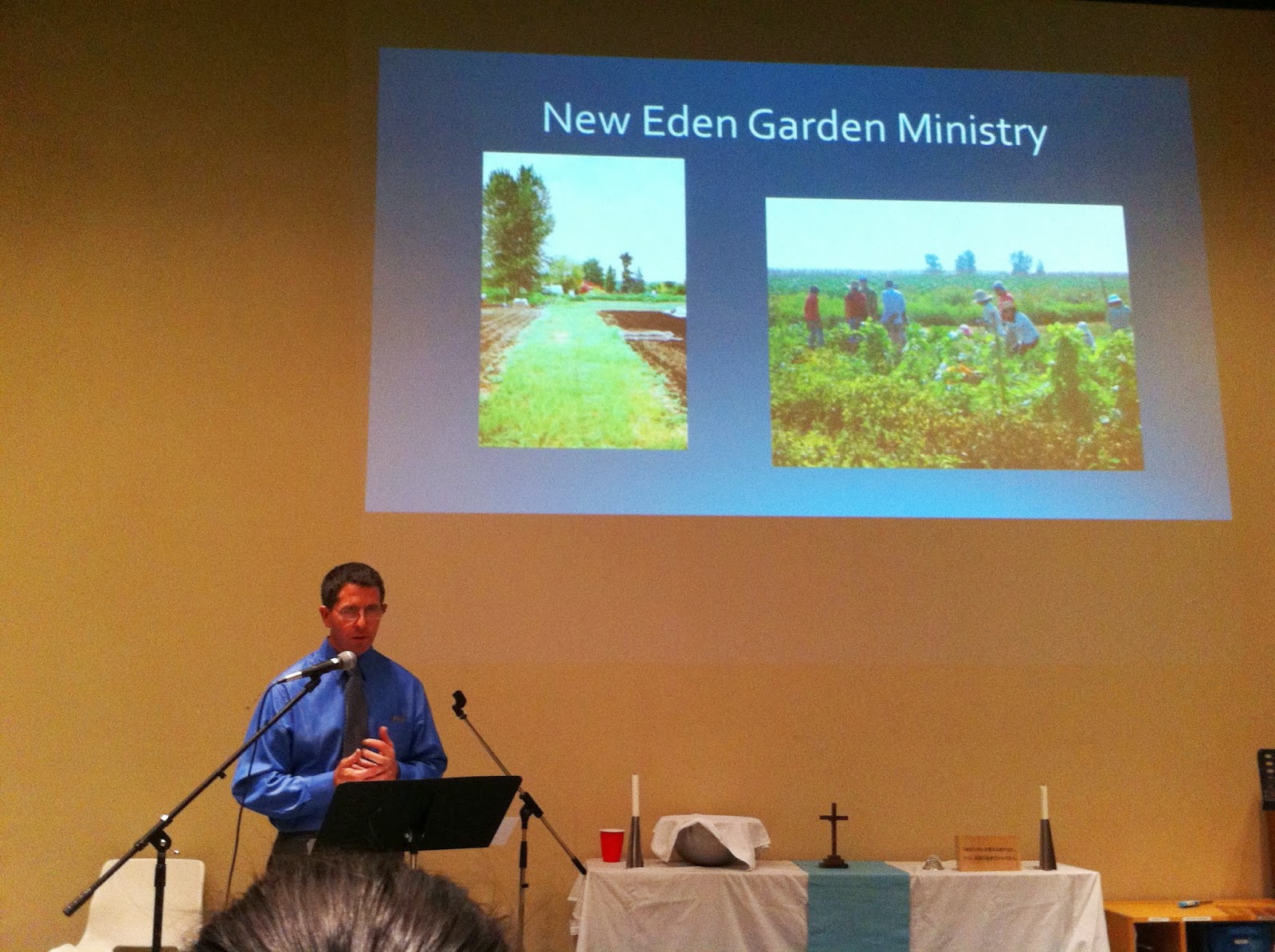 We prayed for next year's garden ministry.

A special harvest indeed, very fitting for the special thanksgiving here for the Canadian thanksgiving season.